At first glance he is a creature resembling a furred naga, though a closer look reveals he is more than that. His body stretches a little past his lower torso before it splits into two long tails, each ending in a cerulean orb a little smaller than a human head. Facial features appearing to be a mix of sharklike and draconic, with a short blocky snout, his teeth certainly shark in nature, though a forked tongue is just visible behind them. He sports a pair of fin-like fanned crests on top of his head, likely acting as ears of a sort, and a couple greyish bone-ridges line his skull between them. Suckers about the width of his fingertips run down each claw-tipped digit, with a few larger ones dotting his palms. He wears only a scale breastplate of some hardened clamshell, and a pair of bladed bracers which appear to be formed out of some sort of red coral. He "stands" about 9'6", and his main body is approximately 2' thick, with his serpentine form stretching nearly 20' from the end of his upper-body to his tail-orbs. 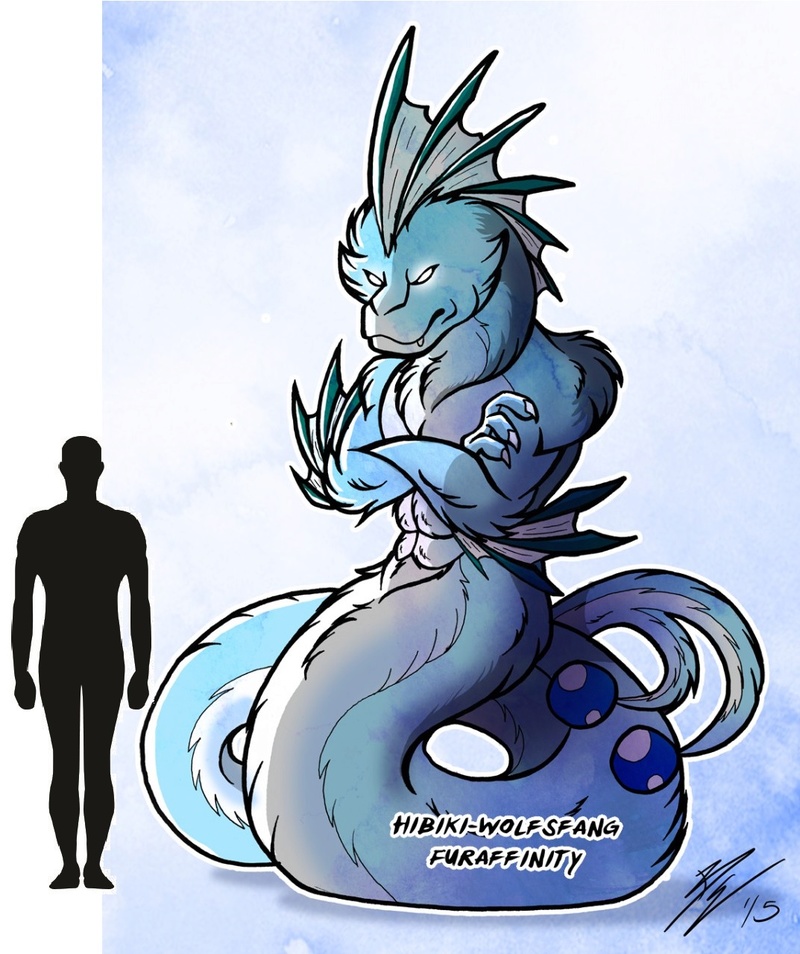 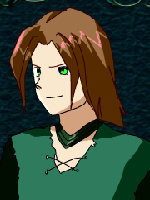