i met some really cool dudes recently so like, im gonna write a story about how awesome and badass they are!

once there was a small town named Krysta and it had these guys there that did shit so one day they were talkin about doing some more shit.

"hey kirk whaddya suppose those cool guys from the tourny are up to" said one of teh guys.
"i dunno probably sum evil n shit" said the other guy.
"holy hoppin ageatiis we should dress up liek construction workers and get in their way!"
"golly geebees glen ur right! i can be the guy holdin the sign and you can be the guy diggin aroun!"
"lets do it kirkman! heroes awaaaaay! wait whos payin us"

and so the zeroes for hire zoomed all the way up teh loftarasa to get sum masks in mandala but by then the cool guys had already busted in their clan hall n shit an took all their stuff!

I have never heard anyone utter the phrase, "holy hoppin ageatiis" before in my life.

3/10 Would read again if it was better. You should ask on these forums how to improve your writing, like this individual right here: https://cleftchatbeta.forumotion.com/t10-advice-for-writers

Maddie thinks they sound really goofy and funny and not cool at all. Is there more? Maddie wants to hear the rest!

Maybe Maddie can write some stories too? Can she?

Its like you spent weeks contemplating how to rip out your soul and grind it into the written word. Don't listen to M1911. He clearly doesn't understand the deep complexities and issues you have ingrained in your writing.

So who are the people that inspired you to write this masterpiece? I want to know so I can properly hate them for making this moment of my life a reality 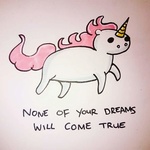 Maddie wrote a story about the Heroes for Hire too!

Chapter 1
The Hope always thought they could rely on her pet lizard. They went everywhere and even to the moon but that is a different story for another day. Anyway, Nalda the pet lizard was actually just a baby, and Hope did not know that. So when Nalda started getting bigger and eating more Hope was really surprised.

One day, Nalda grew big enough to be the size of a horse, and he even ate a horse! The horses owner was really mad and yelled at him, so Nalda at the man too! But that was okay for Hope because she was able to ride around on him and go on adventures and stuff. It was really cool!

Then one day Nalda grew as big as a house and ate the guild and all the people in it. The people in Crysta ran away screaming in terror! … Only the heros for hire didn't get eaten because they were on a mission at the time and no lizards were allowed because they were dealing with people who didn't like lizards.

So they came back to find Nalda was gone and the guild in ruin and the town empty! That is when Kirk used his super smelling senses and lifted his nose to the air and said “You guys smell that? Its smoke!”

Everyone gasped and slapped their cheek in surprise.

Hope gasped too, but for a different reason. “Where is my lizard?!” 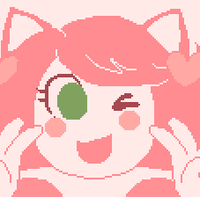 that depends! what do have in mind?

that depends! what do have in mind?